A Healing Journey to The Philippines

It is said that things are not often as they seem. Indeed, I found this to be this case during my trip to the Philippines to find some of the psychic surgeons and experience this incredible and most unusual skill.

After arriving in Manila and enduring the hot dusty bus ride five hours north, we finally pulled into the village of Urdeneta just in time to check into the only guesthouse there. I was hot and tired. I had only a list of healer’s names, no addresses. It was to be a journey of faith.

While waiting for my room, I met a Japanese photographer who was there for the same purpose. Greatly relieved to be able to speak Japanese, he explained that he had experienced such pain in his right knee for five years that he was not able to continue with his photographic work. The doctors in his country could not find the reason for this so he decided to come here as a last resort. We agreed to meet the next morning and go to the healer together.

After breakfast, we caught a kind of rickshaw. We passed through beautiful rice fields and saw oxen, goats, chickens, and thatched houses dotting the countryside. All my money was tied around me in my money belt, my airline tickets, my passport and there I was whizzing through rice fields in the middle of the countryside with a person I’d just met off to see a healer I didn’t even know. It was one of those beautiful and terrifying moments one gets when really traveling when you have to abandon your fears and move into the unknown. I knew if I wanted to be a healer, I would have to start by bringing healing to myself and it was this desire to heal myself and others that gave me the courage and strength to make this journey.

When we arrived in the next village, we asked some of the people where we could find a woman named Ester. They knew immediately who we were talking about and directed us to a small church. It was just a tiny chapel built out of concrete blocks behind her house. We walked inside and waited for her. The church had 13 pews, 6 on one side and 7 on the other. The walls were aqua and the roof was made of tin. There was a banner of some sort in the front and long table behind the altar. The air was close and there were many flies. Empty soda bottles lined the back wall. Suddenly I wondered what on earth I was doing there. I felt uneasy and turned around to ask our driver to take me back to the hotel but he was gone. My heart began to beat faster.

As if on cue, a tall middle-aged woman came into greet us. She introduced herself as Adrina and sat down next to us. Two other Phillippino families arrived and sat in the back. We asked Adrina if she could tell us a bit about Ester. She laughed and explained that Ester never wanted to be a healer. In fact, she had been going to computer programming school in the next village and had hoped to
move to Manila. However, things changed in 1986. For months, Ester would awake in the middle of the night and find that she was not able to move or speak yet she was conscious. The room would light up, she said, and she felt a warmth flood her whole body. Then one night she awoke to find an apparition of Jesus in her room. She was frightened and looked down at his feet. She moved her eyes up till they met with the eyes of the apparition and a blinding white light came from his eyes into hers. From that moment on she could heal.

This was not what Ester had in mind. She did not want to lead the life of a healer. She continued going to computer school but the bus that took her there started breaking down. Adrina had a twinkle in her eye as she explained. Ester then lost her books. The teachers had troubles of their own and then she got sick and couldn’t continue studying. Finally she surrendered to her destiny and her father built this small chapel. People from all over have been coming ever since.

I looked up and a woman in her early 30’s with short black hair and beautiful brown eyes approached us. She seemed very shy. She shook our hands and motioned for us to come to the front. She stood in front of the banner and held up her hands. They began to shake violently. She was breathing heavily. Adrina whispered, ‘St. Luke is here.”

Ester turned around and I gasped. She looked so different from the woman I had met just minutes before. She was almost brusque in her power and the self-assurance and energy surrounding her was like nothing I had ever felt. She started by giving us spiritual ‘injections’. She put her hands near an open Bible and seemed to draw something up in an invisible syringe. She then injected the shots into different parts of the body. Next she took a white piece of paper and put it in front of my stomach. Adrina explained it was like an ex-ray. She took the paper away and motioned for me to get on the table and lay my head on a Bible. I looked back at my new friend, Hori, as if to say ,”Please stay near.” I had come because of an ulcer. I had not said a word about this to her. She lifted my shirt and touched my belly. Her hands felt like an iron just removed from the fire. I almost couldn’t bear the heat. I then felt something pulling but from the inside. Adrina was wiping up a small pool of blood that had formed. Ester spoke gruffly in Philippi no and Adrina translated. She explained what I should and should not eat for the next week, to be careful about lifting things and to stop worrying. She said that the lining of my stomach was full of acid and some of the tissue was damaged. This was removed. She then wiped my stomach one last time and Ester just laid her hands on top of my stomach and I felt a deep warmth now penetrating into my belly. Then it was over. The whole process must have only taken 10 minutes.

She then motioned for Hori to get on the table. He looked a bit shaken. He didn’t tell her about his bad knee but she immediately began working on it. After listening to Ester, Adrina began to explain that the vein in his knee was clogged and the build up was causing the pain. My head was swirling by this point and I could hardly take it all in. She motioned for me to assist and to hold another Bible over Hori’s knee. Beads of sweat had formed along his brow. I took a deep breath. She explained that the Bible serves as a magnet to pull the negative energy up. I stood holding a Bible over his knee and watched as she went in and pulled the tiny red vein out till it stretched nearly to his ankle clearing and cleansing it, her hands moving with the skill of a surgeon. She had on a short sleeved tee shirt I remember. I noted this for there were stories of fake healers in Manila who charged exorbitant prices to foreigners and had bits of chicken guts stashed up their sleeves. Not here. I almost wish she had been a fake. It was so hard to take it all in. Adrina comforted Hori and wiped his brow as Ester finished and laid her hands over his knee. She took the Bible from me and suddenly the heat, the smells, the roaring sound of the overhead fan, the strangeness of everything overwhelmed me and I felt faint. Adrina saw this and motioned for me to sit down. I barely made it to the pew in the back.

After a few minutes Adrina motioned for me to come back to the front. I was to stand in front of the banner. Ester came over and stood in front of me. She told me through Adrina the she was St. Luke and to put out my hands. The energy around her became even more warm and intense. She sent energy into my hands and told me to help as many people as I could. She said I would travel many places and I would be protected. Both have been true. Hori and I bowed to both of them deeply grateful for such an incredible healing experience.

We walked out of the little chapel with the tin roof. I knew that my perception of reality had been shifted forever. Indeed things are not as they seem. We got back into our little rickshaw and made the journey back through the dusty roads and rice fields aware that everything looked different. Five more days to go. I suddenly was really looking forward to a hot cup of tea. 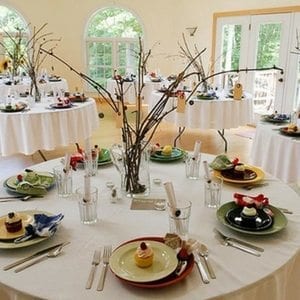 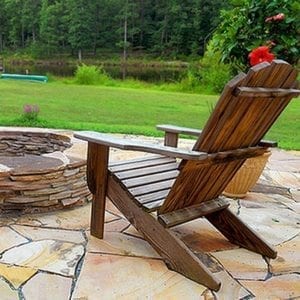